Watch the videos at You Tube (You tube only has 10 min. videos and we had to split it up into 3 segments)

with authority and for the last 60+ years Washington State and the Nation has repeat the benefit of his leadership!

It is my belief "Real leaders should lead the herd", they

shouldn't be "quiet followers warming a seat of leadership

PREV 1 of 3 NEXT Elson Floyd Lane Rawlins, 68, led WSU for six years as its ninth president. AMANDA SMITH/THE SEATTLE TIMESFor more than 90 years, Washington State University presidents have lived in this four-story mansion on the west side of the Pullman campus. They now have a second option: WSU bought a condo in Seattle for the use of the president and his or her spouse.

Elson Floyd, president of the University of Missouri system, was introduced in Pullman today as Washington State University's 10th president.A North Carolina native, Floyd, 50, has worked in this state before — from 1990 until 1993 at Eastern Washington University, where he rose to executive vice president, and for the following two years as executive director of the state Higher Education Coordinating Board.Floyd will be the first African-American president at WSU and will join the university at a time officials are trying to increase diversity among students and faculty. The move comes four months after WSU President Lane Rawlins, 68, announced he was retiring at the end of the academic year.WSU Regents met this morning in Pullman to appoint Floyd. It is expected the transition between presidents will occur at the end of the semester, in late May.Floyd receives total annual compensation of $436,000 at UM, according to a 2006 study by The Chronicle of Higher Education. Rawlins' total package at WSU is $536,000.

end text box WSU is this state's second-largest university, with more than 22,000 students enrolled at four campuses. The University of Washington has 43,500 students at three campuses.The UM system is one of the largest higher-education institutions in the country, with more than 63,000 students at four campuses. With a main campus in Columbia, Mo., it has a large engineering program and schools of law and medicine.Newspaper reports from Missouri indicate Floyd is popular among students (some even dubbed him "E-Flo") and is a skilled political negotiator and charismatic speaker. He weathered several challenges at UM — including budget troubles, a messy firing of a basketball coach and his own failed hope of adding a fifth campus.In 2003, according to the St. Louis Post-Dispatch, Floyd announced he would not resign after racially charged comments made by his wife, Carmento Floyd, became public. In a phone conversation, Carmento Floyd suggested to a jailed African-American student that it was a mistake to date white women, the Post-Dispatch reported. Jail authorities routinely recorded phone conversations.Carmento Floyd issued a statement at the time saying she had simply sought to help a troubled young man.Many involved in the WSU search thought a decision would not come until spring. But search consultants urged WSU to act quickly before several high-profile searches at universities elsewhere around the country moved into high gear.On Monday, university regents, student leaders, faculty members and others involved with the search process flew from Pullman to Seattle and began two days of intensive meetings at the Westin Hotel in Bellevue. Those meetings, which continued through Tuesday night, were closed to the public.In an interview earlier this month, WSU's Florida-based search consultant, Jan Greenwood, warned of the coming crunch in presidential searches. She said the vast majority of eligible candidates — sitting presidents — are white, middle-age men. That's despite increasing diversity among the next tier of administrators, such as provosts and deans."It remains extraordinarily difficult for women and/or people of color to move to the top, even though there are more diverse people in those provost roles," she said.At WSU, diversity among students and faculty remains a challenge: Just 2.4 percent of students and 1.4 percent of faculty are African-American.Nacie Jones, a junior and secretary of the Black Student Union, said in an interview last week that the university was working hard to attract a more diverse student body. But she'd like to see more money offered through scholarships and other programs to students after their freshman year."I'd love to see more faculty members of color," Jones said. "It would help the university appeal to more students."

Since coming to WSU in 2000, Rawlins is credited with helping reshape the university's image from party school to serious academic institution, for improving the university's branch campuses and for forging a new partnership with its traditional rival, the UW. He is known for a folksy style and understated manner.During an interview last week, Rawlins said he felt he would be leaving WSU in strong financial shape, with an improving academic reputation and a dedicated faculty. However, he wished he could have done more to increase the number of students at the graduate level, he said."It's a complex job and it keeps you on the run," he said. 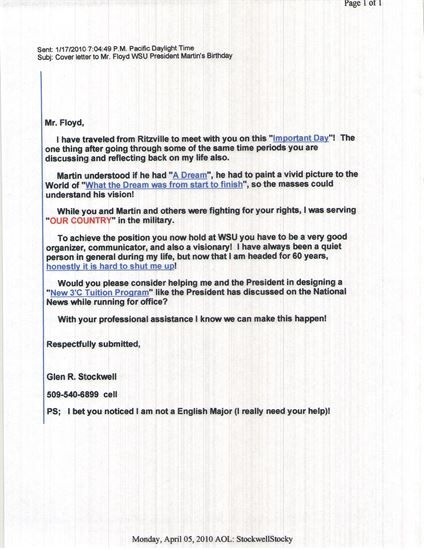 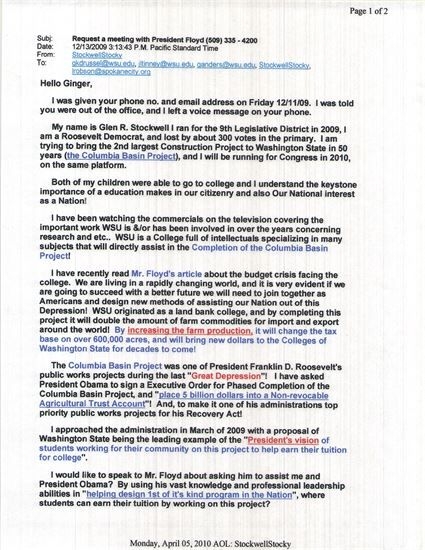 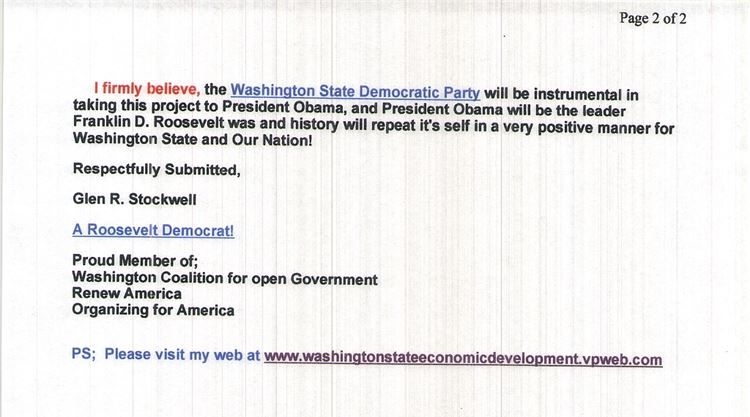 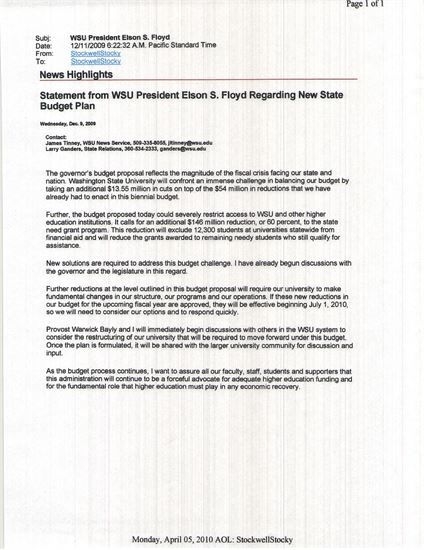 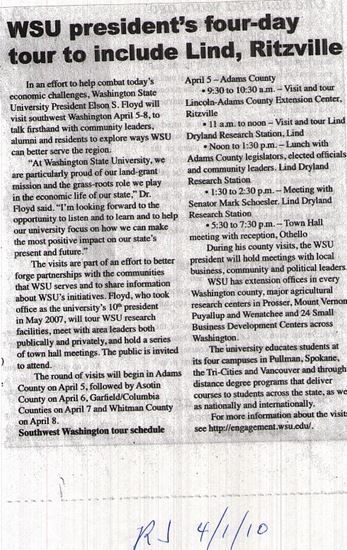 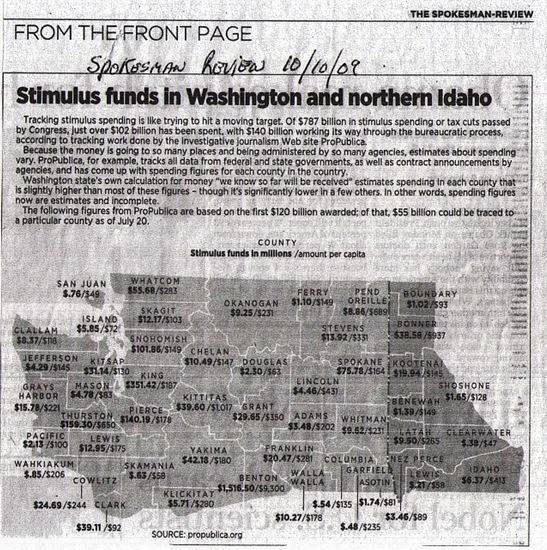 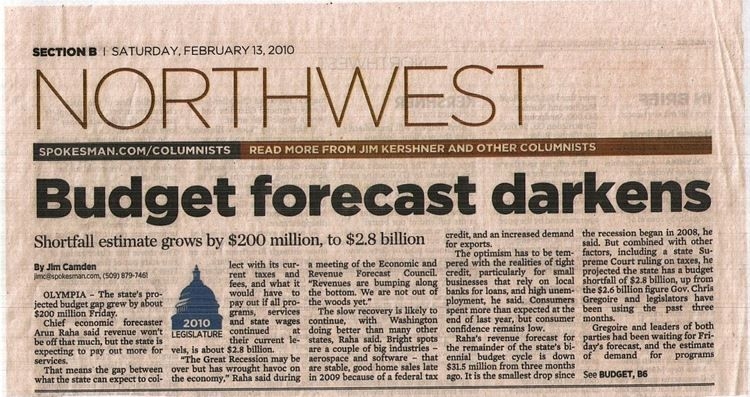 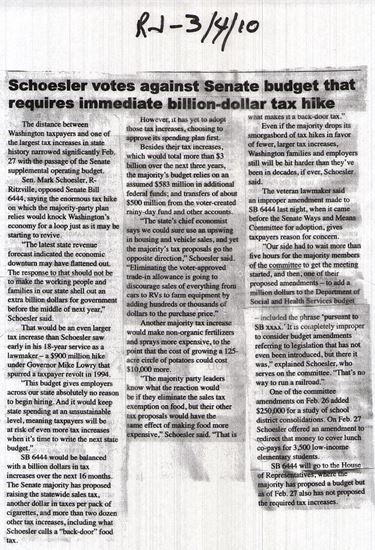 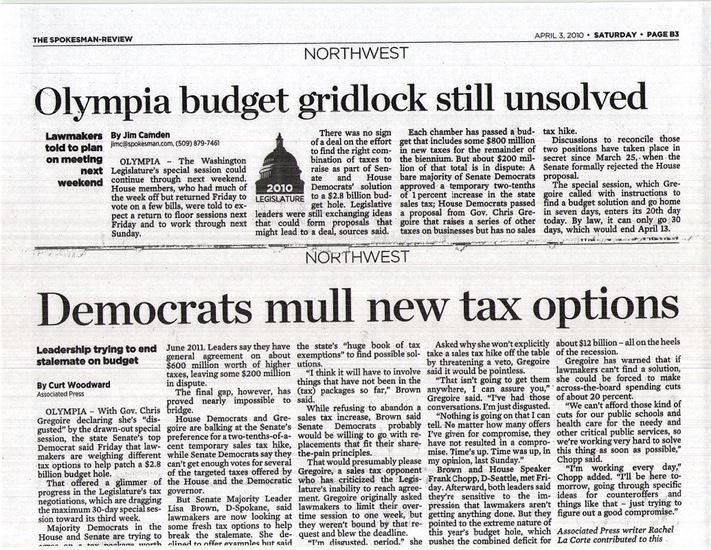 What about a State income tax for only the rich Elson

Guess who will be next voters?Everyone! 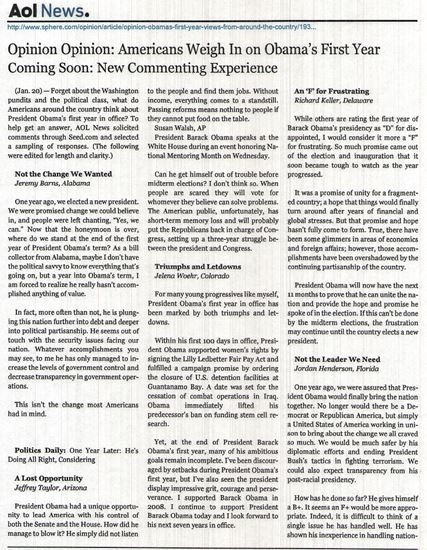 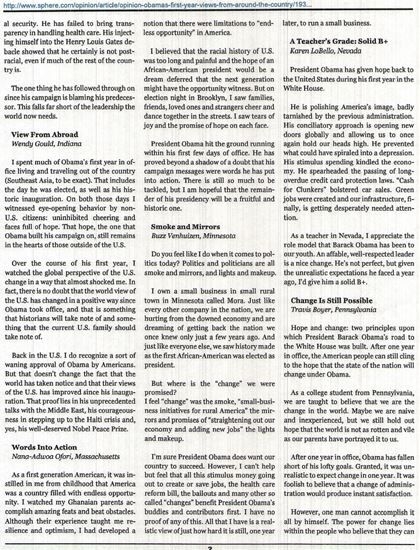 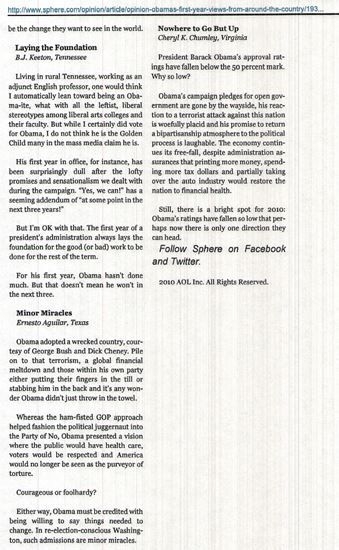 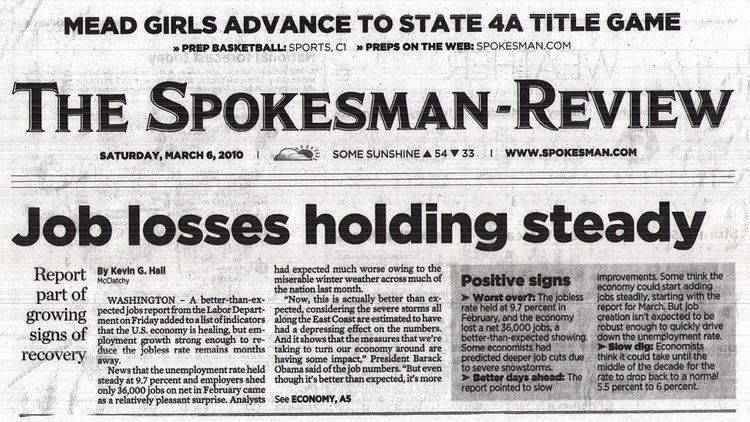 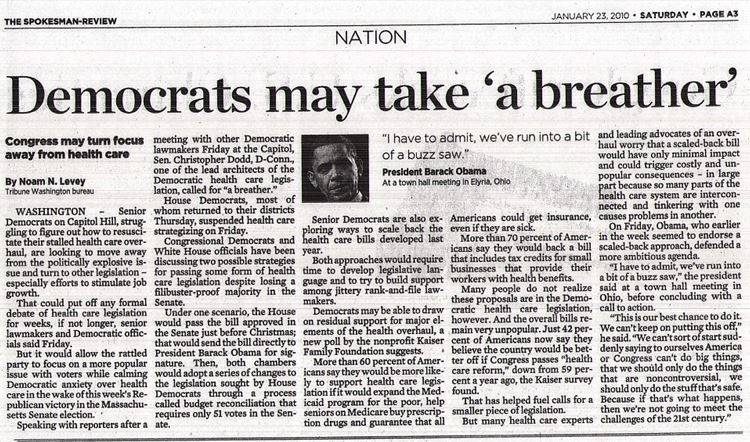 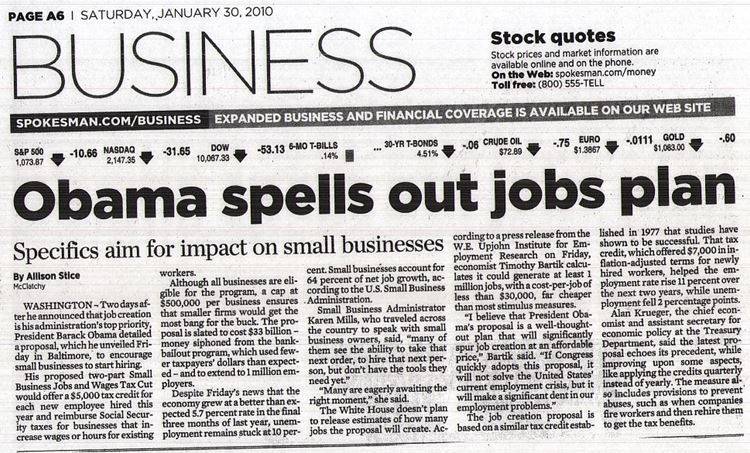 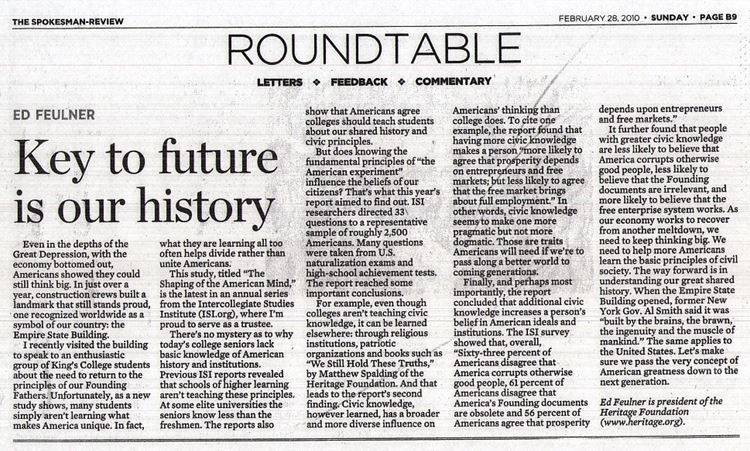 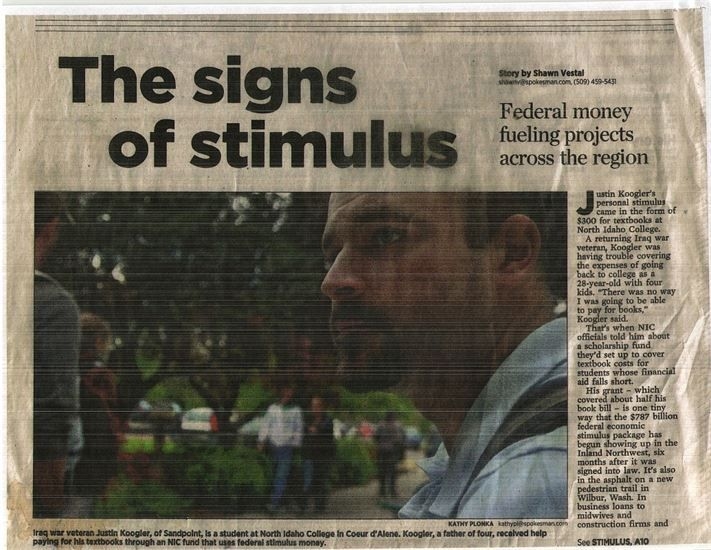 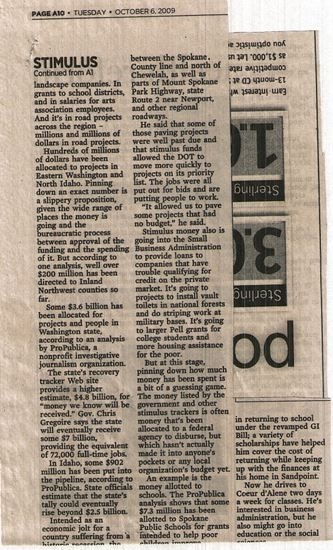 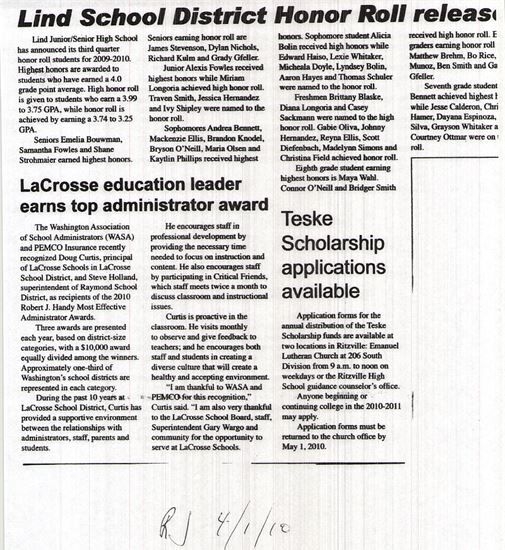 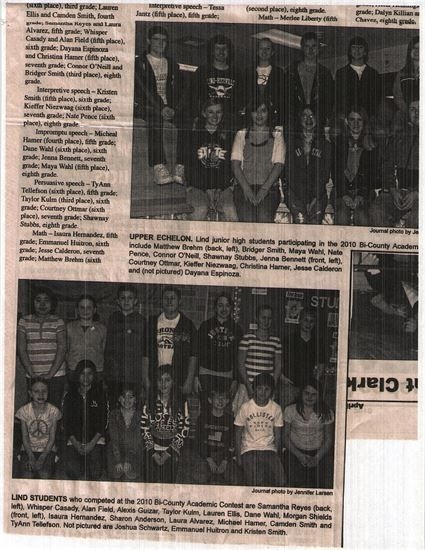